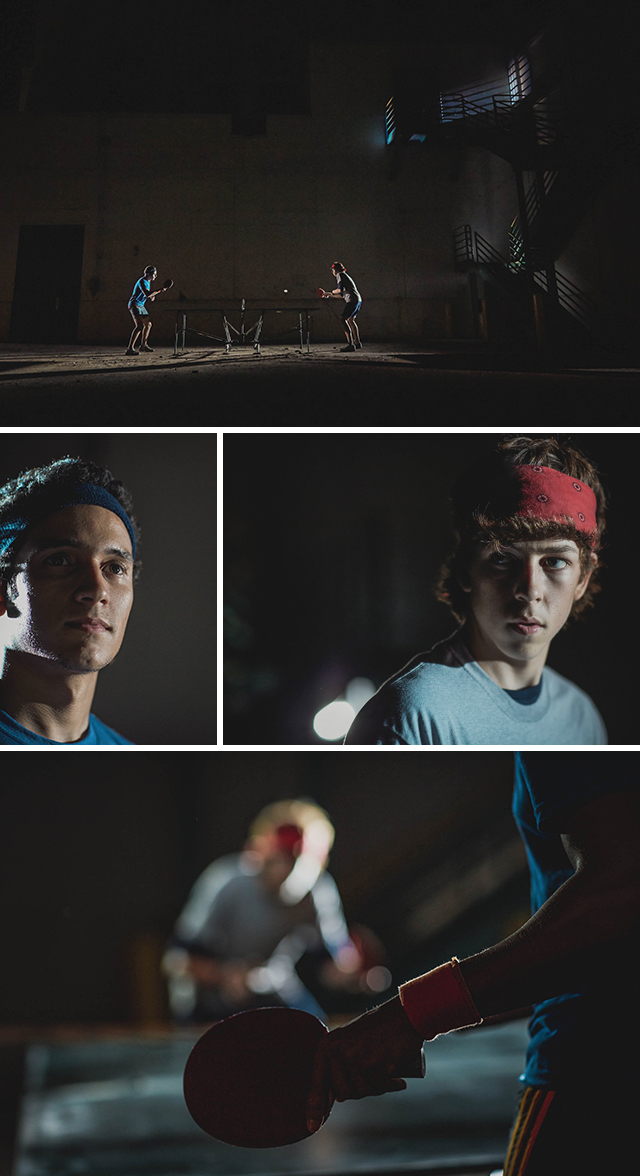 One player in a thick, red bandana jumps quietly in place, his arms swinging up and down at his sides. A tightly strung net, just longer than the width of the table, separates him from his opponent.

Stories inspire connection. That’s the narrative of our work: Not just to capture the subject, scene or action, but to tell a story that is memorable, even familiar. There’s an innate challenge in capturing the intangibles of that story in a photograph—the unspoken dialog, the tension of the setting, the nuance of little shifts and changes in the scene. The more minimal the scene, the greater the challenge in capturing those nuances.

This spec project for Adidas exemplified that raw minimalism. There’s no fancy backdrop, no audience. We see two players and a table, and between the three exists a tension—like a binding glue—that tells the underlying story. The players’ hands grasping the paddles. The stare of a competitor hunting for an edge. The snap of the wrist as they hit the ball for the first time. These are the unplanned elements that breathe life into a photo (and moving visuals, too) the little pieces we don’t expect but patiently allow them to be revealed.

Every day, we challenge ourselves to push the boundaries of our experiences, our equipment and our comfort zones to deliver both the expected—and the unexpected.

*This project was an in-depth exploration that tapped many local creative partners. Tonight, we’re looking forward to a cast/crew screening party to say thanks as well as raise a glass to the finished video edit. We look forward to sharing this video along with the accompanying Behind the Lens episode with you in coming weeks.