Some exciting changes are on the very near horizon here at JC|P! In between projects we've been keeping busy with industry partners on a newly refined website, portfolio, promo campaign, and the JC|P motion reel; something that's often requested but until recently has always been, "in the works."

With all the recent motion work augmenting the still projects, it became apparent to give a bit more thought as to how we might incorporate this into the overall brand. Today's post offers a sneak peak at the new branding badges designed by Eight Hour Day that represents both the motion and photography side of the business.

The time, energy, and expense that it takes to "freshen up" the brand has always proven well worth everything that has gone into it. These changes are integral and rewarded with even more interesting and exciting partnerships. We look forward to rolling things out and even more, where the road ahead will take things.

South Dakota Staring Back At Me… 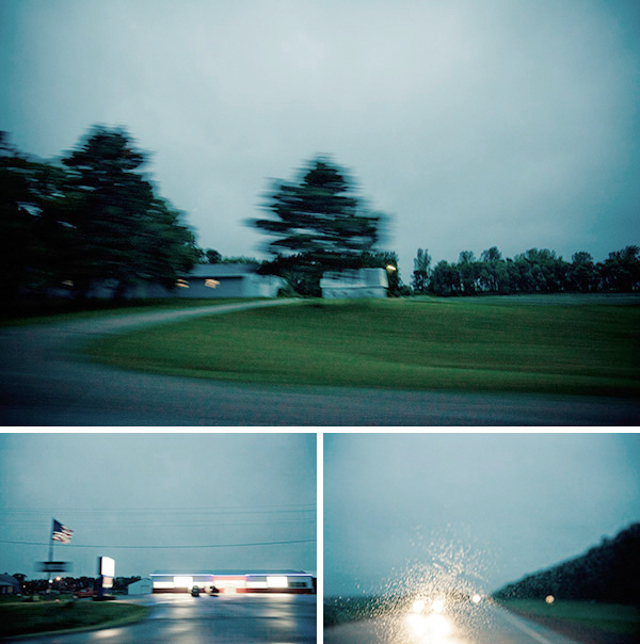 "Travel and change of place impart new vigor to the mind." - Seneca

The land of South Dakota flying by in blurs of blues and greens dotted with the lights of progress filled the frame of my window as we headed west a few weeks back, in route to South Dakota farmers and the land they work. The project involved documenting the early summer stage of farming, crops and those who tend to their well being using the latest in agricultural technology.

It was a muddy endeavor, with all the rain prior to the shoot, but we worked alongside some of the best in the business to produce another visual library of imagery. I look forward to the "mid-season" portion of this project which looks to take us to various farms in Texas. No doubt different people and places, but similar in their endeavors and desires for a great year working on the farm.

The Minnesota Zoo launched a new exhibit featuring Spheniscus demersus or better known as the South African Penguin. We were brought on by Clarity Coverdale Fury to partner on creating a 30 second t.v. spot which involved two separate shoots. The first had us filming the penguins in their holding area, prior to the exhibit's opening, against a white sweep. You'll see the footage from this shoot at the end of the spot where the penguins waddle on white towards the camera. The second shoot had us on working on location at the zoo alongside the dancers who choreographed the "Waddle Dance." Our talent were actual zoo patrons who after given a brief dance lesson by the choreographers, were then filmed jumping, shaking, singing, and waddling. Thanks to the crew and everyone who helped pull it all together. There were smiles all around and it couldn't have been a more exciting way to spend a summer day working.

The spot began airing here in the Twin Cities shortly after the 4th of July. Some of you may have already seen the commercial and even caught yourself singing the catchy jingle "Penguins do the waddle" by the end of the broadcast. For those who haven't, take a moment to check it out here and learn how to do the waddle.

Shortly after the debut of the commercial, one of our colleagues pointed out a behind the scenes edit that the Mn Zoo was promoting on their site. The video features many members of our cast and crew working together to capture the essence of the Waddle. Take a look at what went into making "Do The Waddle" for the Minnesota Zoo.

It was a great project to be a part of and we are very excited about the final cut, edited by Schnitt Edit here in Minneapolis. Before the summer slips away make sure you head over to the Minnesota Zoo and practice your waddle with the South African Penguins.

"By the age of 18, the average American has witnessed 200,000 acts of violence on television, most of them occurring during Game 1 of the NHL playoff series." -Steve Rushin

Hockey is fast paced, hard hitting game, contesting the skills and might of individuals and teams alike against one another on the ice. This is not a game for the feint of heart and is often a very physical sport which can take a toll on the bodies of adult players, let alone the younger versions of these giants. Most players start when they are very young and before they are celebrating with their teammates, Stanley Cup in hand, they have to put in the time and effort learning the fundamentals of the game and honing their skills starting in the peewee leagues.

In a recent initiative by USA Hockey, the board members have voted to remove body checking from the peewee leagues in an effort to curb career ending injuries. Young players will learn the basics of solid game play and gradually learn how to body check the right way. When players reach the Bantam age level of 13-14, they will be able to play with body checking and physically withstand the force that is involved, hopefully minimizing the number of serious injuries.

As part of the campaign launch we were brought on by Periscope to create three unique print ads for USA Hockey promoting awareness of the dangers associated with body checking at a young age. We worked closely with Patrick Weld and Carmen Roselles at Periscope to bring the concepts to fruition.

It will no doubt be interesting to see how this shapes the future of hockey in the next 5 to 10 years. Thanks to all for making this a great shoot and we look forward to seeing the ads in print.

We were happy to discover Communication Arts put the spotlight on a recent campaign we shot for Purina via Colle+McVoy up on the Home Page of their website. It's always great to work with a top notch team and see the results of our collaboration receive a little attention. More imagery from the project can be seen in the previous blog post All Paws and Tails in Palm Springs - Purina