In recent years, Minneapolis has become nationally known as one of — if not the — most bike friendly cities in the U.S. So it’s fitting that Minneapolis is also home to ARTCRANK, a show of bike-inspired poster art that’s making it its own bid for fame in the states and beyond.

The sixth annual ARTCRANK opened at the Traffic Zone Center for Visual Arts this past Saturday in the heart of downtown Minneapolis. The crowds attending the show have grown bigger with each passing year, and Saturday was no exception. Attendance was measured in the thousands, as people filled the first-floor gallery in the historic warehouse for a chance to see and buy handmade posters created by 40 local artists.

Founder Charles Youel stopped by our office to share a few stories and perspectives on this now globally recognized event he started in 2007 at One On One bike shop here in Minneapolis. You wouldn’t know it today, but the first few years it was a challenge to find enough contributing artists to comprise a full exhibit. The most current show saw over a hundred submissions from artists all over the Twin Cities, which were painstakingly narrowed down to 40 finalists who created posters for this year’s show. It’s no easy task to accomplish, but each year ARTCRANK strives to have new artists make up half the roster to keep things fresh and continue the passion for contributing and being one of the chosen few.

The amount of preparation and time involved for setting up each of the ARTCRANK venues across the nine domestic locations and one international is truly mind-boggling. This year in addition to the established venues, the show will be making its way to Austin, LA, and NYC. Three additional cities will require that much more work, but there is a base of physical activity that carries through each show. The simple display system used in all ARTCRANK events was a product of necessity, since Youel needed to be able to fit everything he was going to need in a single suitcase.

Minneapolis is unique in that it’s home base and allows for a little more time to prep and arrange a few special extras like the presence of local food trucks this year outside the show and the documentation efforts of the Jonathan Chapman Photography crew working on various photo time-lapses and stills during the course of the event.  Our support both at the show as well as on the post side of production warrants a big thank you to Justin Meredith, Rachel Roddy, Andrew Cross, Bruce Christianson, Chris Worlow, Jason Braun, Ramon Moreno, Janelle Olson, Eric Schleicher, and Unearthed Music.

After having attended several ARTCRANK shows over the years, it never fails to impress upon me the incomparable combination of bikes and posters. It’s as much a feeling of community, art, the tactile nature of the ink on paper as it is about the pure and simple beauty of the bicycle that is so hard to pinpoint and explain to someone who has never been in attendance.

Charles spoke to this simple beauty: “Riding a bike is a creative expression and an art form that changes every time you throw a leg over the frame. We can ride the same path every day, but it’s always a different experience.”

At some level we all identify with and acknowledge our experiences in life related to other things and people. Maybe it’s somewhere in here that we find a particular piece of art that speaks to us more than others because it relates to what we are and resonates with our own personal history, allowing us to identify, for just a moment, with other like minded folks our innermost life experiences.

No matter how it comes to be, bikes and art connect all of us for at least one evening each year, thanks to ARTCRANK.

Next week will be a follow up post with a selection of stills captured at the ARTCRANK show.  Until then, enjoy the time-lapse video.

Sydney followed by Melbourne, Australia was the third stop in our four-leg international tour this past December for McDonald's.  Our first and second stops, Montreal and Shanghai, brought a wintry mix of clouds and rain.  In the full swing of summer, Sydney and Melbourne were welcome changes as we touched down for the better part of a week of shooting amid the southern hemisphere.  Keep an eye out for a forthcoming post on our time in Shanghai, China. 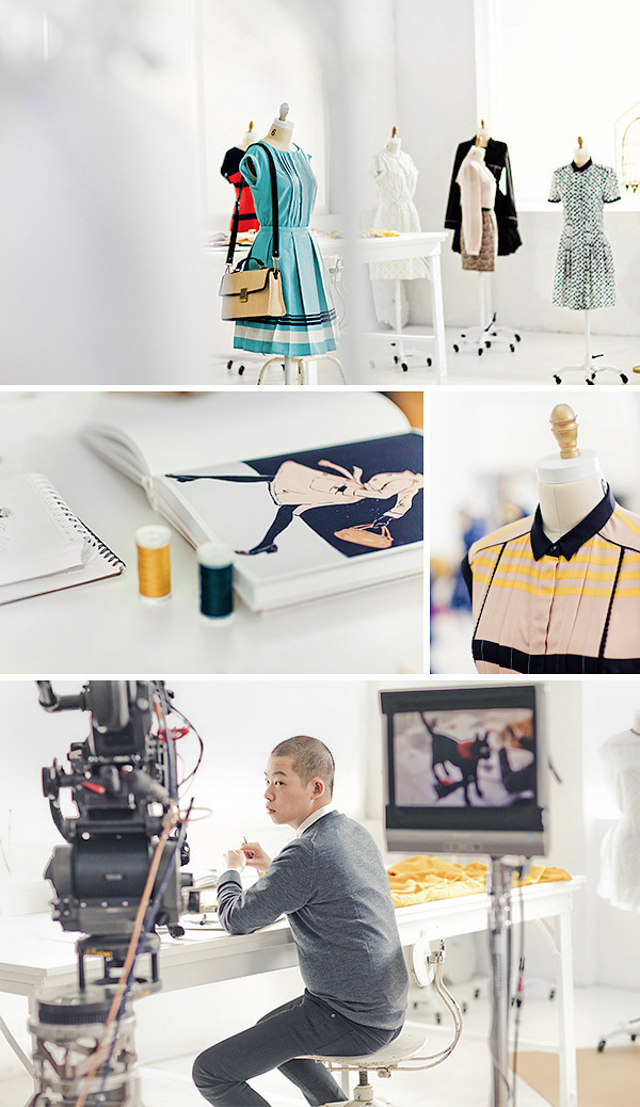 We had the honor and pleasure to capture behind the scenes production and set stills for Target via Little & Company last fall in Brooklyn, NY.  The project entailed working closely around the production of a broadcast spot for the 2012 launch of the Jason Wu line of clothing for Target.

You may already know him from the world of fashion design, but the 26 year old's name was brought to the forefront after providing the First Lady, Michelle Obama with an original dress for the inauguration of President Obama.  Jason Wu's designs are one of the latest acquisitions for Target's clothing line and will be providing fashionable styles for purchase this Spring.

Film director Ellen Kuras and animation director Mark Gustafson were both on set for the project.  Their combined talents are very finely exhibited in the final spot which can be viewed via Target's YouTube Channel under "Jason Wu for Target."

Keep your eye out at Target for the latest trend setting designs by Jason Wu.  Thanks as always to Little & Company for bringing us on board for another exciting collaboration.