“The Bike That Meant Everything”

"When the spirits are low, when the day appears dark, when work becomes monotonous, when hope hardly seems worth having, just mount a bicycle and go out for a spin down the road, without thought on anything but the ride you are taking." - Sir Arthur Conan Doyle

Every so often an editorial assignment comes our way that has a different angle than most others and ends up leaving a bit more of an impression upon us. A call from Bicycling Magazine led us to a unique project that would turn out to be as much about an inanimate object as it would the people around it. The diversion from the usual editorial project tasked us with capturing the essence of a road bike, but not just any ordinary two wheels on a frame; this was "The Bike That Meant Everything."

The original owner and rider, Brad Rogers, saved up enough money from his job to buy the Bianchi SS when he was 16. Expensive as it was, the bike turned out to be the investment of a lifetime providing years of rider satisfaction, adventure and mobility that only deepened an already established love of bikes and biking. Brad's wife and children explained to us how important this bike was to him even after he was diagnosed with ALS (Amyotrophic lateral sclerosis) and no longer able to ride. Although his time in the seat had come to an end, the longstanding history continued through his daughter Mikaela who developed a special rapport with her dad's bike and would routinely ride the bike to work until the day it went missing from the storage shed (pictured above) in their backyard. All those years of service and the personal history built up through each push of the pedals were gone. A few months later, thanks to an online posting, the keen eye of a fellow biker, and Brad's diligence in finding his beloved Bianchi, the bike was returned to the family.

Although Brad is no longer here, his bike remains as a tangible memory and a treasured part of the family's shared history. Read the full story by Frank Bures via bicyclingmagazine.com

"Design is an opportunity to continue telling the story, not just to sum everything up." - Tate Linden

Fall is here and so marks the first quarterly installment of the JCP Newspaper. The idea is one that has been in the back of our minds for quite some time. We were looking for a different way to send out the newest work in an unconventional, albeit traditional printed format. A newspaper seemed the most likely answer to what we were looking for. It has the ability to showcase a number of new still + motion projects as well as allow ample room for well thought out and executed design. Unfolding a 17 x 23" newspaper, viewing full spreads of imagery on 35lb. paper seems a refreshing way to share work in an era of all things electronic.

This is the first of four issues that will hit creative mailboxes worldwide over the next year. Be sure to check out the electronic PDF version if you missed out on the actual mailing. You'll find a download link on the home page of the JCP website. 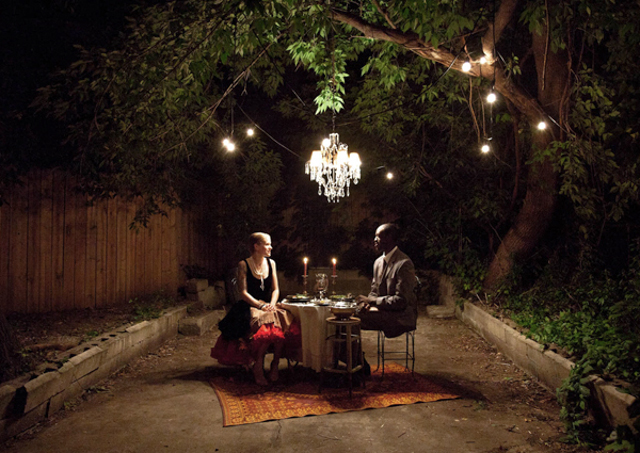 "The Lot" is a motion project based on the simple idea of one space telling four stories in four hours. Five models were asked to participate in four unique activities. A minimal storyboard, open to experimental interpretation, and creative vision fueled this project from concept to execution.

Thanks to all the crew and talent recognized in the credits for bringing the idea to life.