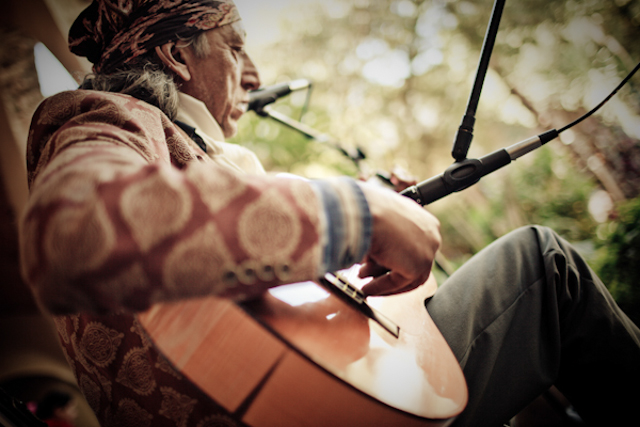 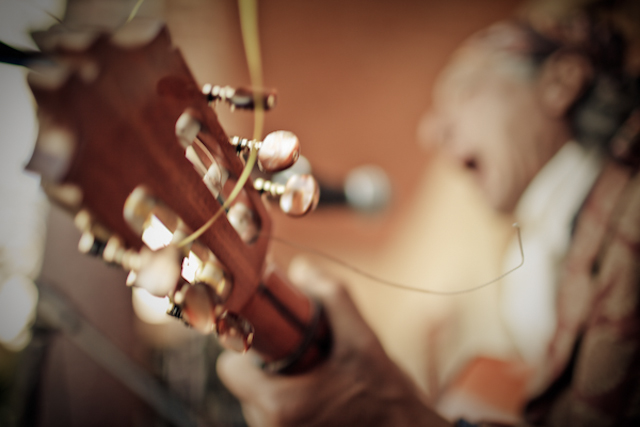 Mexican guitarist Javier Gitano Estrada was playing at the Instituto Allende in San Miguel. I found these words about him online, "So influenced by Bob Dylan was Mexican guitarist / vocalist Javier Gitano Estrada that he was dubbed the "Mexican Dylan" during the 1968 Mexico City Summer Olympics." With a bit gypsy persona he is an amazing musician to see up close and personal. I asked if I could follow him home / meet up another time after talking a while. He told me his roof was leaking and that that his house was "in shambles." I never got to go but am certain the backdrop, albeit run down in his eyes, would have been every bit as intriguing as he.