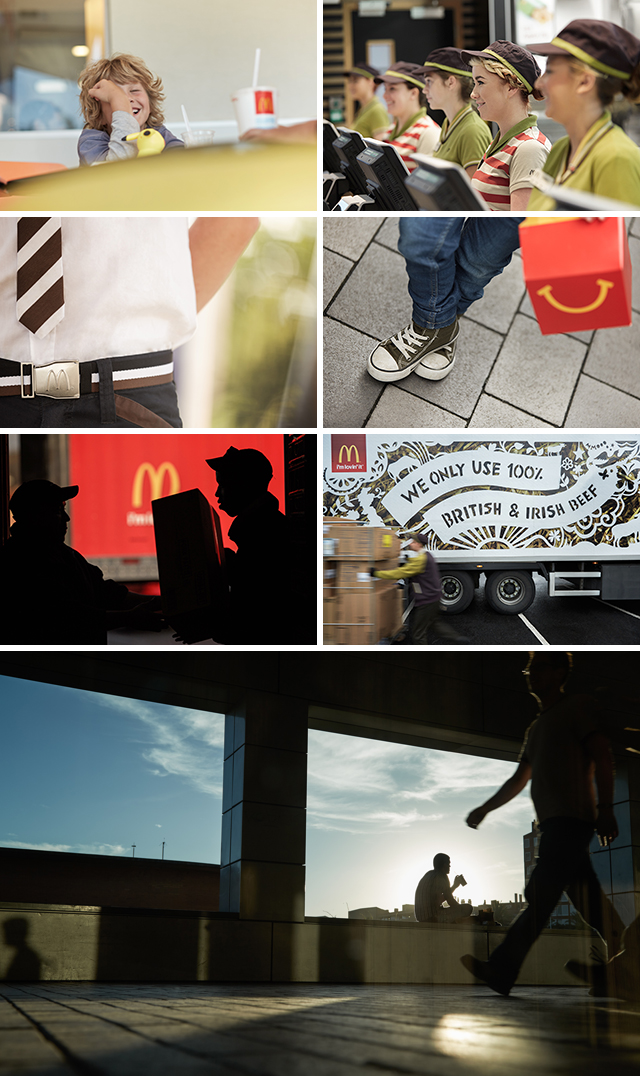 "One's destination is never a place, but a new way of seeing things." - Henry Miller

In the previous post "McDonald's | Around the World" we released a sampling of images from our time plane, train, and taxi hopping throughout Europe. On the road for nearly three weeks we set out to capture a day in the life of one of the world's most recognizable brands; showcasing similarities and differences while building a library of still and motion based visuals.

After sifting through hours and hours of footage on the film side, editor Nathaniel Schmidt crafted a visual narrative / director's cut that highlights our time traveling amid Germany, Spain, and the United Kingdom. Once again, many talented and creative partners worked together to bring the McDonald's | Europe in Motion piece to life.  We hope you enjoy watching as much as we did producing, traveling, shooting, and "lovin it."