The Golden Arches of Houston 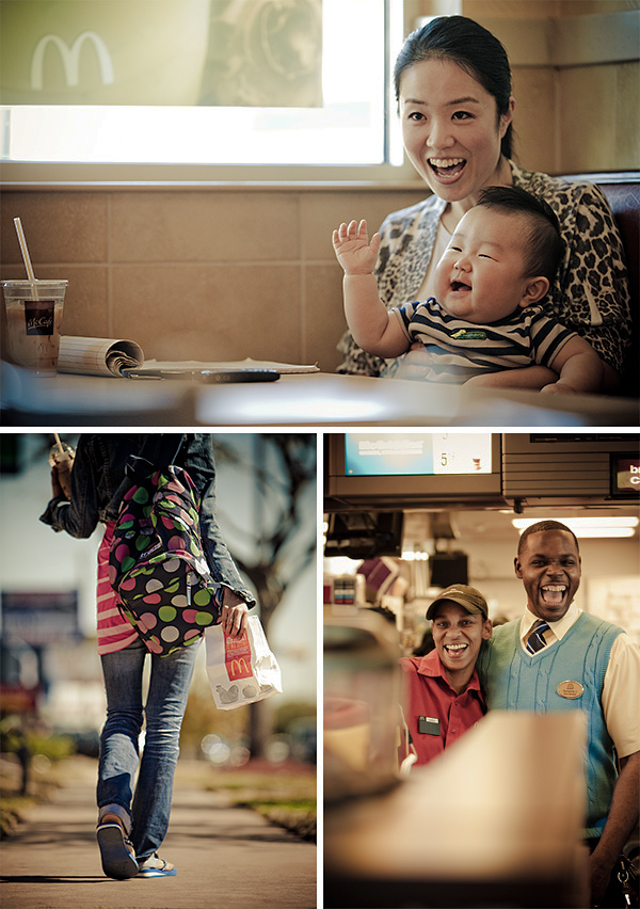 The last shoot for 2009 took place in Burnsville, MN for McDonald's at a newly remodeled store, which led to one of the first shoots for 2010 in Houston, TX. Under the golden arches once again, the main difference between the two shoots, aside from location of course, was a greater focus on what happens behind the scenes as a crew member. In particular, our aim was more directed at capturing a day in the life of crew and managers who play a vital role in the day to day operations of a McDonald's restaurant. We were granted access to all of the behind the scenes areas which allowed us to float around freely capturing images + video of all the elements working together to make a successful operation.

Whenever the opportunity arises for an in depth look behind the curtain, we usually come back with a greater appreciation of the people and the effort that goes into producing the end product; after four days and 7 restaurants, McDonald's is no exception. From the kitchen staff, to window washers to the shift managers, everyone's role is essential for the golden arches to continue to stand tall upon a solid foundation as one of the most recognizable brands in the fast service industry.

Once again we were able to carve out time to capture some video - this time using a beta glide track type dolly system courtesy of our friends at Humble Monkey Productions. I look forward to sharing this final edit in days ahead.