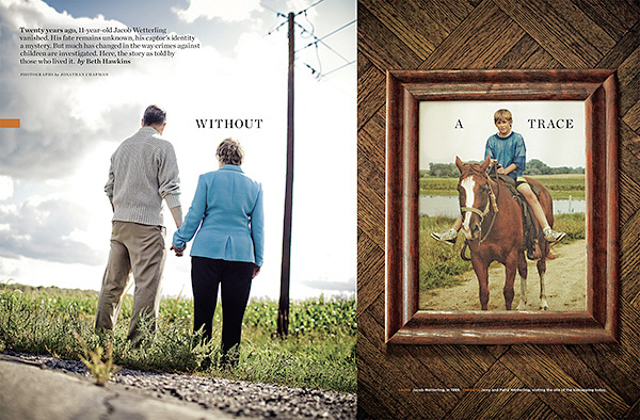 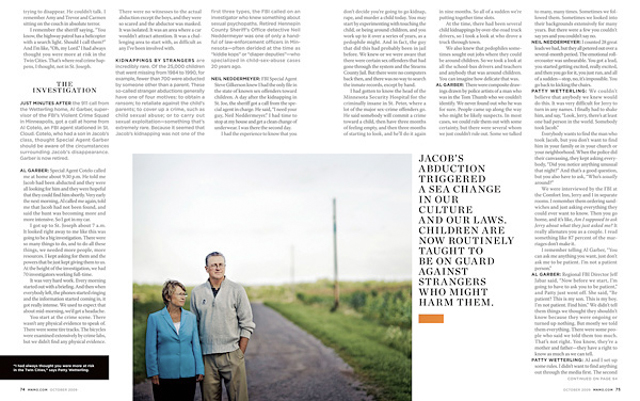 The month of October marks the 20th anniversary of the abduction of 11 year old Jacob Wetterling. In remembrance, Minnesota Monthly interviewed the Wetterlings along with several others who were involved in the initial investigation to solve the mysterious disappearance.

Revisiting the evening of October 22, 1989, Patty and Jerry showed me the exact location where their son Jacob had been abducted. The scene was a country road near the wetterling's home in St. Joseph, about 1 1/2 hours outside the Minneapolis area, and seems mostly unchanged from 20 years ago. Although there have been several promising leads, Jacob has not been found nor his abductor identified.

In spite of the Wetterling's plight, they have continued their efforts over two decades to find Jacob, and simultaneously have helped other children from undergoing the same fate. I am thankful to Brian Johnson at Minnesota Monthly for bringing me on for this piece, as well as the Wetterlings for their gracious time revisiting the story and site of this tragedy.